Inactive
Timothy "Tim" Burd is a Canadian actor, best known for his roles in Deacons For Defense and the Saw franchise.

Timothy Burd was born in Sudbury, Ontario, the second youngest of five children. He attended classes on improvisation at the Firehall Second City in Toronto, the Sherwood Oaks Experimental College in Hollywood, and at HB Studios in NYC. With 55 cents, Burd left home and hitch-hiked to LA at the age of 15. He served eight months in the Canadian Armed Forces as a military policeman, was stationed in Winnipeg, Manitoba, Canada, and received an honorable discharge.

Burd's first guest appearance in a television series was in Sidestreet, starring Donelly Rhodes. He also appeared in the second installment of the Saw franchise, Saw II, and had two cameo appearances in Saw III and Saw V. Furthermore, Burd appeared in Deacons For Defense, starring Forest Whitaker, and Sandra Oh's first film The Diary Of Evelyn Lau. 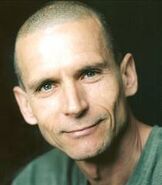 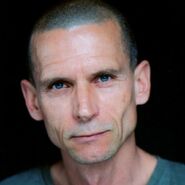 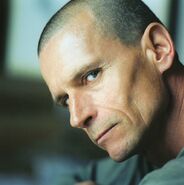 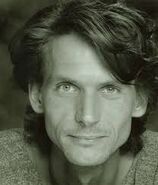 Retrieved from "https://sawfilms.fandom.com/wiki/Timothy_Burd?oldid=61114"
Community content is available under CC-BY-SA unless otherwise noted.