Inactive
Ron Lea is a Canadian actor and director, best known for his roles as Jack Angel in This is Wonderland, Dr. Oliver Crane in Doc and Brian Malony in Street Legal.

He played Rex in Saw IV.

Ron Lea was born in Montreal and attended Concordia University before moving on to take acting training at the National Theatre School. His career took off after appearing in various local theatre productions. Since then, he appeared in many movies on television, including Doc, Street Legal and This is Wonderland. Lea also served as a director on some episodes of Doc. 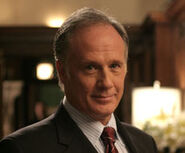 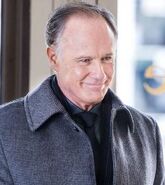 Retrieved from "https://sawfilms.fandom.com/wiki/Ron_Lea?oldid=52410"
Community content is available under CC-BY-SA unless otherwise noted.