Lacerated by many pieces of glass from the Glass Grinder

It was crazy back then, right? We were working under Article 8. We were out of control.Pete talks to Zeke and William about Article 8

Peter Dunleavy, also known as Pete, is a fictional character from the Saw franchise, he serves as the overarching antagonist in Spiral.

He was portrayed by Patrick McManus.

Peter Dunleavy was a former officer who worked for the Metropolitan Police Department, sometime after the Jigsaw murders, The Metropolitan PD were under a list of policies called Article 8, which gave them the legal means to do whatever was needed to stop crime. This allowed for corruption, which Dunleavy was aware of and participated in. He learned that civilian Charlie Emmerson had witnessed an officer push someone off a roof, and sought the man out under the guise of investigating the crime. He brought along his than-partner Ezekiel Banks. They visited Charlie at his home, and questioned him about what he witnessed. When it became clear that the man was willing to testify, Dunleavy took action and murdered Charlie by shooting him. Banks was shocked by the act but stayed quiet. Unbeknownst to Dunleavy at the time, Charlie's son William was hidden in a cabinet and witnessed the event. (Spiral)

Banks was unable to stand by while Dunleavy was guilty of murder, and took action by filing a complaint against him. The complaint opened up an IA investigation that found Dunleavy guilty. He was stripped of his badge and forced to become a civilian. He was bitter and angry at Banks for turning him in, and the ramifications of Banks's actions made him an outcast amongst his fellow officers. (Spiral)

Years later, in the height of the grisly Jigsaw Killer copycat murder spree, Peter Dunleavy reunited with his former partner Ezekiel Banks, who investigated the crimes. He made snide remarks on how Banks' career had unfolded, and was introduced to Banks's new partner William Schenk. Dunleavy warned Schenk that Banks would stab him in the back if given the chance. Dunleavy states he was mad at Zeke for a long time but took full responsibility, He also told him that cops were out of control because they were working under Article 8, Zeke asked Dunleavy where he was during July 4th, Dunleavy said A drunk man came and wanted to fight so he knocked him out, then later the cops came because he was still on probation, but Detective O’Brien let the whole thing slide because of his loyalty to Pete. (Spiral)

Pete eventually got abducted with his hands restrained above his body with his back facing a Glass Grinder, and Zeke has to find the Key to unlock him, but instead Zeke tries to use the bobby pin to unlock the chains, but it does not work, Zeke later finds the key in the trash bin and tries to unlock it, But is too late and Pete dies from his injuries. (Spiral)

Peter was a corrupt man who tried to defend his fellow officers from getting in trouble. 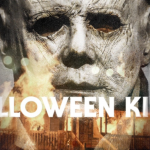