Inactive
Patrick Melton (born June 18, 1975) is an American screenwriter, producer, and novelist, best known for his work on Feast, The Collector, and the Saw franchise.

He was one of the screenwriters of Saw IV, Saw V, Saw VI, and Saw 3D.

Patrick Melton was born in Champaign, Illinois, but grew up in Evanston. He attended Evanston Township High School and graduated from the University of Iowa with a Bachelor's Degree in Communication Studies. Melton also attended Loyola Marymount University in Los Angeles, receiving an MFA in screenwriting. He is the writing partner of college friend Marcus Dunstan.

In 2005, Melton won the third season of Project Greenlight, along with Dunstan and John Gulager. The TV show premiered on Bravo and resulted in the creation of the horror/comedy film Feast. Following its success, Melton and Dunstan were responsible for writing the screenplay for two sequels, Feast 2: Sloppy Seconds and Feast III: The Happy Finish.

However, Melton's worldwide recognition and international box office success ultimately resulted from his involvement with the successful Saw franchise. He wrote the scripts for Saw IV, Saw V, Saw VI, and Saw 3D for a worldwide take of nearly $500,000,000. Additionally, Melton wrote the screenplay for The Collector, a home invasion thriller directed by his longtime writing partner, Marcus Dunstan.

Additionally, Melton and Dunstan were involved in writing the scripts for My Bloody Valentine 3D, Piranha 3D, a remake of Clive Barker's Hellraiser, a remake of William Castle's classic horror film The Tingler, a remake of Scanners by David Cronenberg, a film adaptation of the classic sci-fi TV anthology The Outer Limits, and the action-adventure tentpole Pacific Rim.

On February 8, 2010, Melton told the film website Latino Review that Saw 3D is most likely the last entry in the Saw franchise. The sequel to Melton and Dunstan's horror film The Collector, named The Collection and again directed by Dunstan, started filming in Atlanta, GA, during the spring of 2011. It was theatrically released in 2012.

On October 5, 2011, Melton's debut novel, Black Light, co-written with Marcus Dunstan and Stephen Romano, was released by Mulholland Books. It was later adapted into a film for producer Michael De Luca.

In June 2013, Melton and Marcus Dunstan sold a sci-fi pitch titled Outliers to 20th Century Fox. The movie was directed by David Karlak and produced by Peter Chernin. In 2015, Melton and Dunstan wrote the screenplay for the eleventh film in the popular Halloween franchise, which was initially planned to be released in 2015 under the direction of Patrick Lussier. In October 2016, Melton and Dunsten were selected to write for the adaptation of Brandon Sanderson's The Way of Kings. 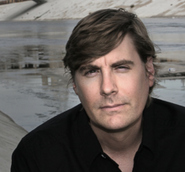 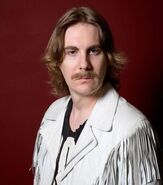