Oren Koules was born and raised in La Grange Park, Illinois, a suburb of Chicago. His grandparents are of Greek ancestry. As a child, he was sent to figure skating lessons but eventually garnered an interest in playing ice hockey. He dropped out of high school to pursue a career as a professional hockey player. From 1979 to 1982, Koules competed in the Western Hockey League. He played for six teams throughout his career, including the Medicine Hat Tigers, Portland Winter Hawks, Brandon Wheat Kings, and Spokane Flyers. He played for three professional teams in 1982: Hampton Roads Gulls, Virginia Raiders, and Saginaw Gears. His best year was in 1980 with the Spokane Flyers, when he scored 28 goals with 45 assists for 73 points in total.

He was not drafted by an NHL team but attended two tryout camps for his hometown Chicago Blackhawks. After his hockey career, Koules became a commodities trader at the Chicago Mercantile Exchange in 1983. He was one of the youngest members on the floor and eventually purchased a full membership to the exchange. However, he ultimately sold his seat and left the exchange in good standing in 1991.

Upon arriving in Hollywood, Koules was introduced to former Los Angeles Times reporter Dale Pollock, and the two formed Peak Productions soon after. Together, they produced films like Mrs. Winterbourne and Set It Off. The early success of Peak Productions led Koules to a job as the Senior Vice President of Production at Paramount Pictures. In 1998, Koules and Mark Burg founded Evolution Entertainment. They produced the Denzel Washington-led thriller film John Q, which was released in 2002. In 2001, Koules purchased the Helena Bighorns, a Junior A hockey team, and the Helena Ice Arena.

In 2003, Koules and Mark Burg saw a seven-minute teaser of a film written by Australian screenwriters Leigh Whannell and James Wan. Koules and Burg were stunned by the footage and agreed to produce what would later become the first Saw film. They used $1 million out of pocket for funding and shot the movie in 18 days. They also created a subsidiary of Evolution Entertainment called Twisted Pictures to produce the film. Saw was released in 2004 and was followed up by a sequel in 2005. By 2007, the Saw franchise hit $420 million at the box office. By 2011, the series had made roughly $870 million at the box office. Evolution Entertainment was also responsible for the production of Two and a Half Men, starting in 2003. In June 2011, Koules sold his ownership in Evolution Entertainment but continued to own and oversee the Saw franchise and Two and a Half Men.

In August 2007, Koules started his pursuit to acquire the Tampa Bay Lightning from Palace Sports and Entertainment. In February 2008, OK Hockey LLC, a group led by Koules, agreed to purchase the team. The deal offered by the 8-person ownership group, which included Len Barrie, was approved by the NHL in June 2008 for a price of $206 million. By February 2010, Jeffrey Vinik, a minority owner in the Boston Red Sox, had agreed to purchase the Lightning for $160 million. The sale was unanimously approved by the NHL Board of Governors the following month. In August 2011, Koules expressed interest in one day owning an NHL franchise again.

Koules married talent agent Risa Shapiro in 1994, with whom he has a child, Miles Koules. Miles Koules is currently a professional ice hockey player, playing for the Atlanta Gladiators. Koules and Shapiro separated in 2005 and eventually divorced in 2007. In 2008, Koules married Shereen Arazm, a businesswoman and restaurateur. They met by happenstance on a flight from Canada to Los Angeles, as Koules was filming Saw II in Toronto, Arazm's hometown. The pair has two daughters together, Sam and Neve. 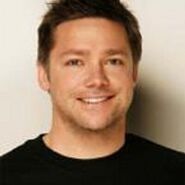 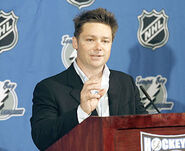