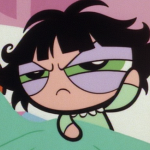 If you have any questions/concerns or just want to talk, feel free to leave me a message below :)