She played Emily in Saw VI and Saw 3D.

Born in Toronto, Canada, Larissa Gomes is an actor best known for her roles on American television and feature films. She displayed a passion for performing in theatre and music by her teenage years. Her Canadian upbringing in Toronto, coupled with world travel and her multi-ethnic heritage (Dutch/Finnish/German, Indian/Portuguese) made her well versed in a variety of cultures. As a graduate of York University, she received her B.A. with a major in Sociology, a specialization in Criminology and a minor in Film Studies.

Throughout her career, Gomes starred in the popular Saw franchise and has worked on several other feature films, including Sony's Resident Evil 2: Apocalypse, Disney's Phantom of the Megaplex, Alliance Atlantis' Zebra Lounge and Miramax's Get Over It. Besides that, she played numerous supporting roles in television movies, such as the CBS Movie The Crooked E: The Unshredded Truth about Enron, Showtime's Feast of All Saints, Rough Air, Star Trek: Renegades and Blackout.

Gomes was a regular cast member in ABC's drama series In Justice as well as a role in the Gemini Award nominated series Bliss. She also had major recurring roles in critically acclaimed series, such as Supernatural, La Femme Nikita and Leap Years, as well as numerous guest starring roles on People Of Earth, CSI: Miami, Out of Practice, 1-800-Missing, Odyssey 5, Tracker and more.

She also co-produced and narrated the documentary Tribal: Beyond The Four, an inside look at the artists of the Los Angeles urban lifestyle.

As a singer and songwriter, Larissa Gomes has toured the world from North America to Europe & Asia, collaborated and shared the stage with platinum recording artists. One highlight included performing for Nelson Mandela at the Skydome Stadium in Toronto. She is part of a pop/rock duo 'Of Giants', with a Grammy-award winning producer. 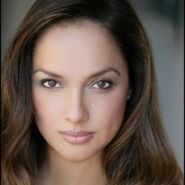 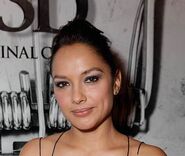 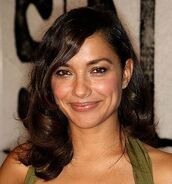