He was one of the screenwriters of Jigsaw.

Josh Stolberg was born in Columbia, South Carolina. He graduated from University of Southern California School of Cinema-Television in 1996. Since September 15, 2001, he has been married to Leila Charles Leigh and has two children, Asher Ronin Stolberg and Xander Brighton Stolberg.

The first film directed by Stolberg was the comedy Kids in America in 2005, in which he made a cameo appearance as a security guard. Later that year, he directed the comedy film The Life Coach and thereby won the Seashore Award and the Queen Spirit Award. Throughout his career, he wrote the scripts of Good Luck Chuck, starring Dane Cook, Jessica Alba and Dan Fogler, and co-wrote the scripts for Man-Witch, the remakes of Piranha 3D and House on Sorority Row, as well as the book adaptions of The Spellman Files and The Candy Shop Wars. 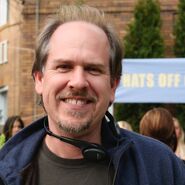 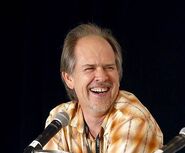 Retrieved from "https://sawfilms.fandom.com/wiki/Josh_Stolberg?oldid=47147"
Community content is available under CC-BY-SA unless otherwise noted.