He was the director of Saw, one of the executive producers of Saw II and Saw III, and the editor of the original short film.

James Wan was born in Kuching, Sarawak, Malaysia. He attended Lake Tuggeranong College in Canberra before relocating to Perth. Wan later moved from Perth to Melbourne, where he attended the Royal Melbourne Institute of Technology, completing his Bachelor of Arts degree.

Before his success in the mainstream film industry, James Wan made his first feature-length film, Stygian, with Shannon Young, which won "Best Guerrilla Film" at the Melbourne Underground Film Festival in 2000.

Before 2003, Wan and his friend, screenwriter Leigh Whannell, wrote a horror film script. Upon its completion, Wan and Whannell wanted to select an excerpt and film it to pitch their film to studios. With the help of Charlie Clouser, who had composed the score for the short film, and a few stand-in actors, Whannell and Wan shot the movie with a relatively low budget, with Whannell playing the central role of David.

After releasing the full-length version of Saw, the film was met with overwhelming success at the box office, both domestically and internationally. The film grossed $55 million in America and $48 million in other countries, totaling over $103 million worldwide. This success convinced the studio to greenlight the sequel, Saw II. Since its inception, Saw has become the highest-grossing horror franchise of all time worldwide in unadjusted dollars. In the United States only, Saw is the second highest-grossing horror franchise, behind only the Friday the 13th films by a margin of $10 million. Since creating the franchise, Wan and Leigh Whannell were credited as executive producers for all the sequels.

The release of Saw 3D was to signify the completion of the franchise. However, actor Costas Mandylor revealed that multiple endings to the film had been shot so the series could continue, depending on which one was used. The sixth sequel continued the original film's profit margin performance and earned $136 million in the global market against a production budget of $20 million.

In August 2012, various online horror publications stated that a source at Lionsgate, the franchise's production company, had revealed intentions for an eighth Saw movie. However, it was at a "tinkering" stage at the time of the disclosure. In 2016, the film was finally announced as Saw: Legacy but was later renamed Jigsaw. As with the other sequels after the third installment, Wan and Whannell were listed as executive producers despite not being actively involved in the project.

In 2007, Wan directed two feature films. The first one was Dead Silence, a horror movie that resulted from advice from Wan and Whannell's agent. Dead Silence featured Australian actor Ryan Kwanten and was based on the premise of a legend of a ventriloquist's ghost, Mary Shaw, who removes the tongue of any person who screams in its presence. Rather than a gore movie, Wan described the film as "a creepy doll movie. It's in the spirit of those old Twilight Zone episodes or Hammer Horror Films. Very old-school."

Wan's second directorial film of 2007 was Death Sentence, an adaption from the Brian Garfield novel of the same name. Kevin Bacon played the film's protagonist and starred as a father seeking revenge against a local gang who killed his son. Whannell appeared as a minor character in the film, playing one of the gang members killed by Bacon's character. Wan described the film as "a raw and gritty, 70s-styled revenge thriller... It's my arthouse movie with guns."

Having worked on his previous three films continuously, Wan told CraveOnline that he was ready for "a bit of time off just to chill... but at the same time, I'm using this opportunity to write again." In 2008, Wan directed a trailer for the survival horror video game Dead Space.

Next, Wan directed Insidious, a horror film, which premiered at the 2010 Toronto International Film Festival as part of the "Midnight Madness" program. The film began its American theatrical release on the first weekend of April 2011 and won third place at the box office, with an estimated $13.5 million in ticket sales. It was sold to Sony Pictures Worldwide for a seven-figure sum within four hours of the premiere's conclusion.

Starring Patrick Wilson, Rose Byrne, and Barbara Hershey, the film was made independently. Wan sought complete creative control and wanted to make a film markedly different from the gore he had become synonymous with due to Saw. Wan stated in an interview, "the fact that Insidious was not being run by a committee really afforded me the luxury to make a film with lots of creepy, bizarre moments that a studio might not 'get.'" Both Wan and Whannel stated they wanted to use techniques such as restraint and silence to create a horror film, similar to The Sixth Sense, The Others, and David Lynch's films.

The horror film news website Bloody Disgusting later confirmed Wan's directorial involvement with The Warren Files. The film, which was later retitled The Conjuring, centered on the real-life exploits of Ed and Lorraine Warren, a married couple that investigated paranormal events. The film focused on the couple's most famous case, second to the Amityville haunting, in which they explored a witch's curse on a Rhode Island family farm. In his second collaboration with the pair, Patrick Wilson was featured in the film, and he and actress Vera Farmiga played paranormal investigators Ed and Lorraine Warren, respectively. Filming began in North Carolina, United States, in late February 2012. Initially, New Line Cinema and Warner Bros. Pictures had slated the film to release on January 25, 2013. A test screening occurred in October 2012 at the New York Comic-Con event, where it screened in the IGN Theater, and the audience feedback was overwhelmingly positive. At that stage, Wan had several more weeks before the film was completed. The film was released in July 2013 and has received acclaim from critics and audiences alike.

After work on The Conjuring was complete, Wan directed a sequel to Insidious. The film was once again written by Wan's longtime collaborator and close friend, Leigh Whannell, and brought back the original film's cast. Filming for the sequel started in January 2013, and the film was released on September 13, 2013. The budget for the film had been described as "shoestring" by one media outlet. Oren Peli, the creator of the Paranormal Activity franchise, returned as an executive producer. Film District later distributed Insidious: Chapter 2.

In early 2013, Wan entered into negotiations with Universal Pictures to direct the seventh installment of the Fast and Furious action franchise after Justin Lin, the director of the previous four sequels, confirmed that he would not return as a director in January 2013. Furthermore, Wan was part of a directorial shortlist alongside Jeff Wadlow, Baltasar Kormákur, and Harald Zwart. A final confirmation that Wan would direct was revealed in April 2013, with Lin being quoted: "It's time for me to move on to other things, and I'm thrilled that Universal and Neal have selected James Wan to lead the franchise into its new chapter." The film, Furious 7, was released in April 2015. It became the most successful film in the franchise regarding box office revenues and reviews.

On October 20, 2014, Garry Maddox of The Sydney Morning Herald announced that Wan had agreed to direct The Conjuring 2 as part of a significant long-term deal with New Line Cinema. Head of New Line, Toby Emmerich, explained that Wan was the sole director that the studio signed an agreement with, as New Line considered Wan to be "a class of one." The film was released on June 10, 2016. In June 2015, it was announced that Wan would direct both Aquaman and Robotech.

On August 7, 2015, it was reported that Wan had signed on to produce New Line Cinema's Mortal Kombat reboot. 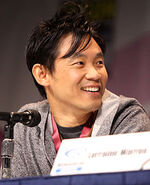