Inactive
Gennaro "Gerry" Mendicino (born May 18, 1950) is a Canadian actor, best known for portraying Sam Ramone in Ready or Not and Uncle Taki in My Big Fat Greek Wedding.

He played Hank in Saw VI.

Gerry Mendicino was born in North Bay, Ontario. He graduated from Windsor University's Drama School and began his career on King of Kensington and as the host of the popular children show Polka Dot Door. His list of accomplishments include the roles of Sam Ramone in the award-winning television series Ready or Not in 1993, Uncle Taki in the feature film My Big Fat Greek Wedding and Dominic in Kung Fu: The Legend Continues. In 2009, he played Hank in the horror thriller Saw VI. 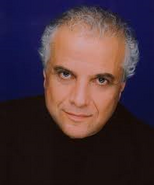 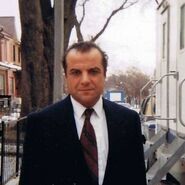 Retrieved from "https://sawfilms.fandom.com/wiki/Gerry_Mendicino?oldid=52431"
Community content is available under CC-BY-SA unless otherwise noted.