Inactive
Erik Knudsen (born March 25, 1988) is a Canadian actor, best known for his portrayal of Alec Sadler in Continuum, Dale Turner in the CBS series Jericho, and his role in the Saw franchise.

Erik Knudsen was born in Toronto, Ontario. In 1999, he got his first acting role as Alex Schreffler in the TV series Real Kids, Real Adventures. In 2001, Knudsen guest-starred on The Guardian and appeared in three other episodes later on. He was nominated for a Young Artist Award for his performance. In 2003, Knudsen starred in the TV series Mental Block.

He co-starred as Leroy "Lefty" in the film adaptation of Youth in Revolt and in Scott Pilgrim vs. the World as Lucas "Crash" Wilson, who was the lead singer of fictional band Crash and the Boys. In 2005, he starred in the horror film Saw II.

In 2011, he played Robbie Mercer in the slasher film Scream 4. In the film The Barrens, he played the character of Ryan, co-starring True Blood's Stephen Moyer. Besides that, he played teen tech genius Alec Sadler in the Canadian Science Fiction series Continuum, along with Rachel Nichols and Victor Webster, and was nominated for Best Supporting Actor for two consecutive years at the Saturn Awards.

He later appeared in Bon Cop, Bad Cop 2, the horror feature Darker Than Night, and the Spike TV series The Mist, based on Stephen King's novel of the same name. 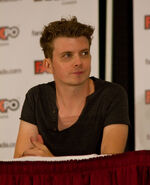 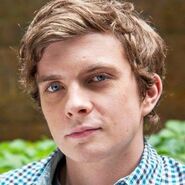