Active
Devon Bostick (born November 13, 1991) is a Canadian actor, best known for playing the lead role in the Atom Egoyan-directed film Adoration, Rodrick Heffley in the Diary of a Wimpy Kid movies, and Jasper Jordan on The CW show The 100 from 2014 to 2017.

He played Derek in Saw IV and Brent Abbott in Saw VI.

Devon Bostick was born in Toronto, Ontario, Canada. His mother, Stephanie Gorin, is a casting agent in Toronto, who works in stage and screen, while his father, Joe Bostick, is an actor as well as a film fight coordinator. His maternal grandparents are English immigrants, and his father is of part Norwegian descent. Devon began acting when in grade five. He is a graduate of the Etobicoke School of the Arts in Toronto.

He had roles in the television series Degrassi: The Next Generation and Flashpoint, and in the film Citizen Duane. Besides that, he appeared in the series premiere of Rookie Blue. His film work has included roles in Godsend, Fugitive Pieces, and The Stone Angel.

In Adoration, he played Simon, a boy who was raised by his uncle, played by Scott Speedman, after his parents' death. He also appeared in an online spoof trailer for a hoax movie called Ice Fortress. Bostick had roles in The Poet, a World War II drama starring Roy Scheider and Colm Feore, Saw VI as Brent Abbott, and Assassin's Creed: Lineage as Ezio Auditore. He also played Erica's deceased brother Leo in CBC Television's series Being Erica and Rodrick Heffley in the Diary of a Wimpy Kid movies. 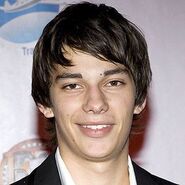 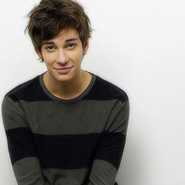 Retrieved from "https://sawfilms.fandom.com/wiki/Devon_Bostick?oldid=58279"
Community content is available under CC-BY-SA unless otherwise noted.