They bide their time. They're avoiding prision sentences. They're getting hooked on masking agents. Do you call that recovery?John Kramer talks about Jill's patients

Derek is a fictional character from the Saw franchise as well as a minor character in Saw IV. He was portrayed by Devon Bostick.

Derek was a young teenager who got addicted to drugs. Therefore, he became a patient at the Homeward Bound Clinic, a recovery clinic for drug addicts led by Jill Tuck. He, along with other patients, was present during a fight between Cecil Adams and Gus Colyard in the clinic. While they fought each other and Jill Tuck begged them to stop, Michael witnessed the fight but was too afraid to intervene. (Saw IV)

Not much can be said about Derek's personality due to his short screen time. However, given the fact that he was a patient on the Homeward Bound Clinic, it can be deduced that as a teenager, Derek got easily hooked on drugs and as such became a patient to recover and improve his health. As with most patients when Cecil Adams and Gus Colyard had their fight before John Kramer stopped it, Derek was shown to be too afraid to intervene, possibly suggesting that he didn't like violence. 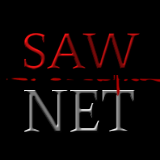 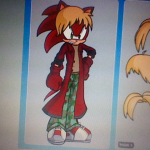