Inactive
David A. Armstrong is a cinematographer best known for his work on the Saw franchise.

He was the director of photography of Saw, Saw II, Saw III, Saw IV, Saw V, and Saw VI.

David Armstrong is a film industry veteran with over a hundred feature film and television productions to his credit, rising through the ranks as a cinematographer. He served as Director of Photography for James Wan on the Saw film series, making him one of the key team members to create the popular franchise.

Armstrong directed his second feature, LEGACY, starring Peter Stormare and Justin Chatwin, which should have been released in late 2017. On top of his extensive film set experience, he also holds a Master's and Bachelor's degree in cinematography from AFI and CalArts, respectively. He has won numerous awards for cinematography, including the ASC Student Award at the 1999 Student Academy Awards. 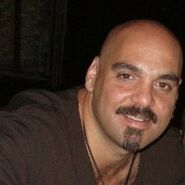 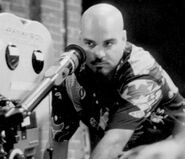