Active
Charles Alexander "Charlie" Clouser (born June 28, 1963) is an American keyboardist, composer, and record producer. He is a former member of the industrial rock band Nine Inch Nails from 1994 to 2000 and is a composer for film and television.

Charlie Clouser is an American musician whose activities include playing keyboard, synth, theremin, and drums. He is known for his music programming, engineering, mixing, and remixing abilities and was a band member of Nine Inch Nails from 1994 to 2000. Before he was in Nine Inch Nails, he was in the alternative band Burning Retna with former L.A. Guns guitarist Mick Cripps and fellow Nothing Records worker Sean Beavan. Besides that, Clouser was also a member of 9 Ways to Sunday, who released a self-titled album in 1990. In addition, Clouser has remixed artists such as Nine Inch Nails, Marilyn Manson, Rammstein, and Meat Beat Manifesto.

In 2004, Clouser produced the album Size Matters by the band Helmet, which consisted mainly of collaborations between Charlie Clouser and Page Hamilton, intended to be a Page Hamilton "solo" album. The first release from the project "Throwing Punches" appeared on a soundtrack in 2003 for Underworld, credited as a Page Hamilton track.

In the late 1990s, Clouser created one of FirstCom Music's master series discs. However, these were only sold with a license to use commercially. In 1997, two songs programmed by Clouser were nominated for Grammy Awards - White Zombie's "I'm Your Boogie Man" and Rob Zombie and Alice Cooper's "Hands of Death (Burn Baby Burn)," the latter of which Clouser also co-wrote and mixed.

He worked with Trent Reznor on the soundtrack of Natural Born Killers, helping to record and produce a new version of "Something I Can Never Have," a track of which the original version appeared on Nine Inch Nails' Pretty Hate Machine album. The remix of Rob Zombie's "Dragula" can be found on The Matrix soundtrack, also credited to Clouser. Another Rob Zombie track remixed by Clouser, "Reload," appears on The Matrix Reloaded soundtrack. In addition, he produced Helmet's album Size Matters and an unfinished project with Page Hamilton called Gandhi. In 2001, he provided the live synth for Alec Empire's "Intelligence And Sacrifice" tour.

Clouser also appeared in the Moog documentary about electronic-music pioneer Robert Moog and composed the song "I Am a Spaceman" for that movie's original soundtrack. He has also worked as a film and television composer, scoring Death Sentence, Resident Evil: Extinction, Dead Silence, Deepwater, and the Saw films. Furthermore, he is the composer for the NBC TV series Las Vegas Freeway and the CBS series NUMB3RS. One of his best-known tracks is the ending theme of the first Saw film, "Hello Zepp," which was reused in different versions in all later films throughout the series. 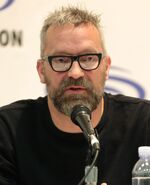 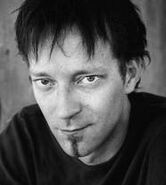 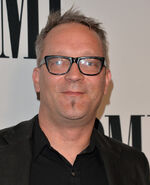 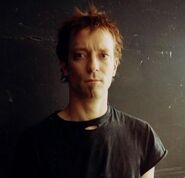 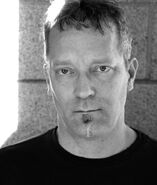