Who's my girl?Ivan talks to his dog

Chance is a fictional pet in the Saw franchise, appearing in Saw IV.

Chance was the dog of Ivan Landsness, proprietor of the run-down Alexander Motel. One night, Ivan sat at the reception and hugged and kissed his dog, when suddenly Officer Daniel Rigg entered the motel. Upon entering, he was yelled at by a drunk vagrant who had been sleeping in the doorway, whereas Ivan, tried to be friendly and asked if he could help him. However, Rigg ignored both of them and went up the stairs to Room 261. Before he could follow him, Ivan was held back when the drunk vagrant wanted to go up to see what Rigg was doing. While Ivan was busy getting rid of the vagrant, Rigg attracted Chance and lured her upstairs to the bedrooms. After dealing with the vagrant, Ivan noticed that Chance had disappeared and therefore called for her. While looking for his pet, he eventually went up the stairs to the sleeping rooms and eventually found Chance, who had found a pig mask lying on the floor right before the door of Room 261. When Ivan approached and picked it up, Rigg stepped out and aimed his gun at Ivan, forcing him into the room. Chance never got to see her owner alive again, as Ivan was killed by the Bedroom Trap shortly afterwards. (Saw IV) 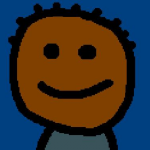 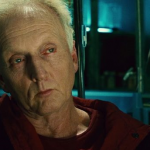