Inactive
Chad E. Donella (born May 18, 1978) is a Canadian actor who has appeared in several movies and television shows.

Chad Donella attended the Arts York Drama Program, in which he participated in such plays as Oedipus Rex, Waiting for Godot and The Collected Works of Billy the Kid. He has performed at Toronto's Factory Theatre and the Markham Theatre. He also played bass for a time in a band called DAEVE. He has appeared in several movies such as Final Destination, The Long Kiss Goodnight and Disturbing Behavior. In addition to his roles on film, he also obtained many parts on television, appearing in shows like The X-Files, Smallville, CSI: Crime Scene Investigation, NCIS and Monk. In many of his roles he has portrayed teenagers and young men undergoing a crisis. 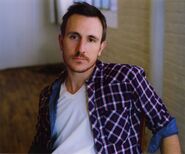