Inactive
Carlo Rota (born April 17, 1961) is a British-born Canadian actor, best known for his roles on Little Mosque on the Prairie and the FOX series 24.

Rota was born in London, England of Italian origin, the son of Rina, who worked in the restaurant business, and Dante Rota, a world-renowned chef. He grew up in Soho with two sisters and one brother. Through his life he has lived in many places of the world, including Hong Kong, Bahamas and England before his family settled in Toronto. Rota worked in the culinary industry for many years until he decided to abruptly switch careers to acting. According to his interview in the book Inside Section One: Creating and Producing TV's La Femme Nikita, he said of this decision: "To turn around and tell everyone at the tender age of 30, "Now I'm going to be an actor", most people just think that you're going through something."

Almost immediately thereafter, Rota landed roles in the Canadian TV series Street Legal and the critically-acclaimed Canadian independent film Thirty Two Short Films About Glenn Gould. Because of his experience prior to acting, he also hosted the Great Canadian Food Show for CBC television in Canada, a series which was nominated for the prestigious James Beard Award for Excellence in Culinary Journalism.

On 24, Rota stars in the recurring role of Morris O'Brian, the arrogant but brilliant computer scientist husband of Chloe O'Brian. He has appeared in a few episodes of seasons 5 and 7 but appeared for the entire length of season 6. He has appeared in a couple episodes On the TV series La Femme Nikita he had a recurring role as the smarmy greenlisted terrorist informant Mick Schtoppel (later revealed to be Mr. Jones, a high-ranking member of Section), and in the 1999 movie The Boondock Saints, Rota starred as crime boss Giuseppe "Papa Joe" Yakavetta.

He lives in Los Angeles, California part time and spends time filming in Saskatchewan, Canada. On April 1, 2010, he married his 24 co-star Nazneen Contractor. 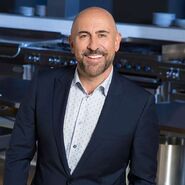 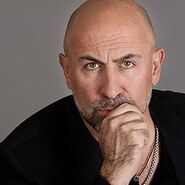 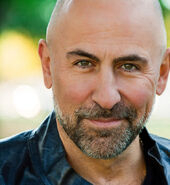