Head sliced in eight pieces by the Laser Collar

Being a corrupt police officer

Detective Brad Halloran is a fictional character from the Saw franchise and serves as the main antagonist of Jigsaw.

He is portrayed by Callum Keith Rennie.

Brad Halloran was a homicide detective working for the Metropolitan Police Department. during his early years as a detective under corruption let many criminals free from jail including Malcolm Neale and Edgar Munsen, a drug addict who later murdered Logan Nelson's wife, which resulted in Logan hating Halloran deeply. (Jigsaw)

Ten years after the death of John Kramer as known as jigsaw, was called by Edgar on top of a roof, Halloran along with Detective Keith Hunt. In his attempt to find out what was going on and who was responsible for it, Halloran questioned Edgar, while his colleagues still held him at gunpoint. Edgar claimed that he himself was going to die if he didn't activate the remote. Therefore, Halloran ordered the officers to aim for the remote and shoot it if Edgar pulled the trigger. As the time was running out, Edgar lost his composure and activated the device, causing the officers to instantly shoot and destroy the remote. However, a bullet hit his chest and Edgar collapsed severely injured. Afterwards, the officers lowered their guns, while Halloran angrily asked which one of them shot Edgar in the chest against his orders. (Jigsaw)

After the uncovering the body found at an park with jigsaw piece cut from them, seemingly belonging to the unnamed man killed in the first room. Halloran and his partner, Keith Hunt, begin to investigate the 'game' more seriously. Edgar, who had been put into a forced coma in order to heal properly from his injuries, is shown being kidnapped from the hospital by an unseen assailant. Edgar was taken to the St. Peter's Hospital, where he had to be put in an artificial coma. Some time later, he was briefly revisited by Halloran, who wanted to look after him after the mutilated corpse of a woman had been found before the entrance of the hospital. When he left again, Officer Canter remained at the hospital and guarded the door to Edgar's room. However, when Canter fell asleep, Logan entered the room and injected a medicament into Edgar's infusion bag, causing him to wake up. Afterwards, Logan abducted him and eventually killed him by slicing his throat.

Halloran became suspicious of forensic pathologists Logan Nelson and Eleanor Bonneville, specifically Eleanor. Though in turn Logan, a military veteran whose wife was killed two years prior, is suspicious of Halloran's motives in investigating the case. The police captain orders John Kramer's grave to be exhumed in order to put an end to the rumors that the 'game' is really another Jigsaw game, and that somehow John is still alive, inside the coffin is instead Edgar's body, with a jigsaw piece cut out of his cheek. Logan and Eleanor speak in a bar about their distrust of Halloran, before Eleanor takes Logan to her "studio", revealing that she is an obsessive fangirl of the Jigsaw case and has built many replicas of his previous traps, which she worries could incriminate her. Hunt has followed them and takes photos of her studio, which he shows to Halloran. Halloran, Hunt and an SWAT team then raid Elanor's lair upon doing so they find a body. Halloran orders the two to be arrested, though Logan is able to convince Hunt, an old friend, that Halloran is actually to blame, as he had past dealings with Edgar. (Jigsaw)

After being abducted and put into the laser room with Logan, Halloran started yelling at John's voice telling them to confess or die. Halloran offers to go first but then pushes Logan's button. Logan confesses to mislabeling John's x-rays, but appears to be killed by the laser collar. Halloran then goes and confesses to letting criminals go free, and admitting that innocent people died because of him. He then notices that there were no marks on the ceiling on the other side of the room, revealing that Logan's lasers were less powerful, and Logan rises up and reveals to Halloran that he was the one running the game. Confused Halloran demanded an explanation. Logan revealed the long desiccated corpses of Anna and Ryan saying that he participated in the same game they had a decade ago. also mentioning that Eleanor will provide his alibi. Logan declares how so many innocent people ended up on his table because of Halloran and that he will now speak for the lives ruined by such individuals. He then activates Halloran's lasers and slices his head into pieces before sealing his tomb with the words "I speak for the dead". (Jigsaw)

Brad Halloran was nothing less of a greedy and shameless man whose first priority was always his own benefit. He would free known criminals to use them as informants, frame innocent people to further his career, and even take bribes. He had no guilt about the innocent people who died because of his actions, lying to himself into thinking that he was trying to balance out the corruption that already plagued society. His self-preservation also made him very cowardly. This was made evident when he pushed Logan's button first in their game after volunteering to go first, hoping that he would go free if Logan died first. Even more, he even tried to bargain for his life. 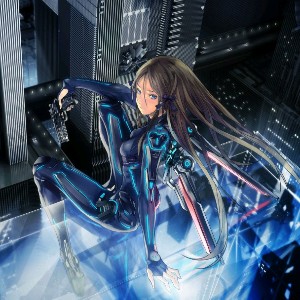 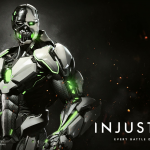